Using simple tactics we might open up new resources for those who don’t have them and against a world in which everyone is telling us they are so scarce. 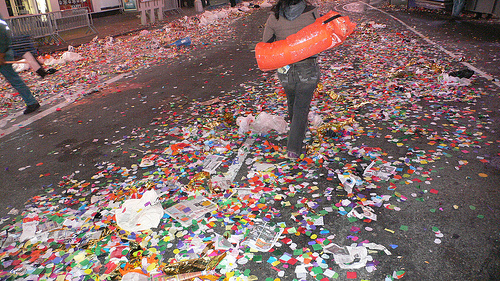 Pessimism has the power to turn us to what is immediately at hand; for us it has been to the excess energies emitting from the infrastructures of our cities. Here we find new resources to hack, new sources to interface, and new materials to repurpose. We are working with the principal that we thoroughly belong to infrastructures but are never quite determined by them.

The postal system, steam powered heating systems, construction sites; these have been our resources. Using steam from the street we have made two prototypes of an oven that catches the steam directly from the vent to heat food. The first prototype is a repurposed construction site light fixture that cooks food inside of it. 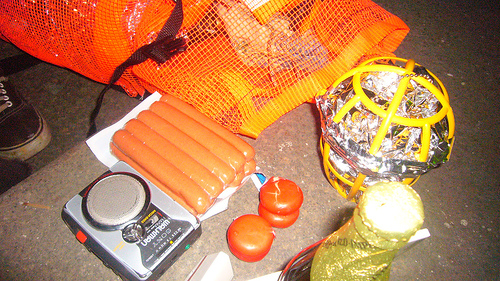 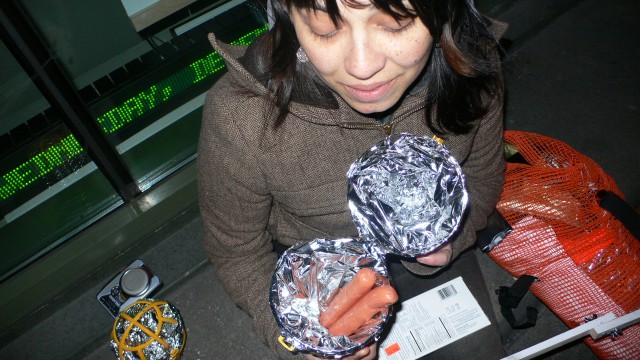 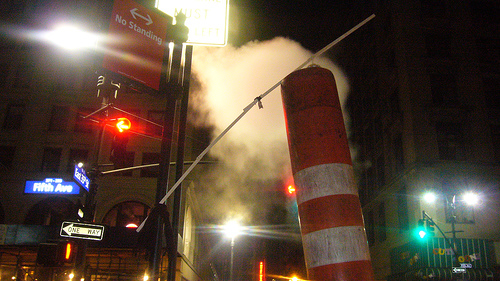 The second captures steam at the source and sends it into an oven. With it we cooked hot dogs, but really you could cook whatever you like. A glass jar fixed to the top of the oven condenses the steam into water which drips into a cup for a nice hot cup of tea to drink with your hot dog. If the steam is released in a clean spot (not mixed with sewage run off, for instance) it is totally safe to ingest. Moreover, the steam never touches the food as the food can be wrapped in various kinds of heat conducive containers. 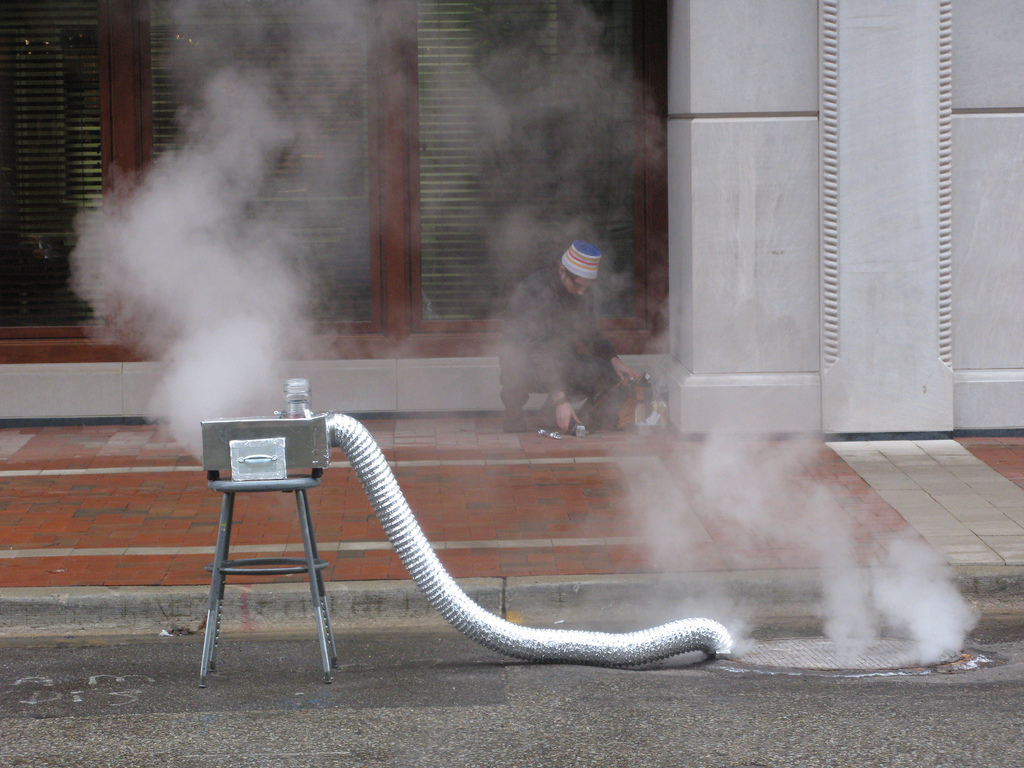 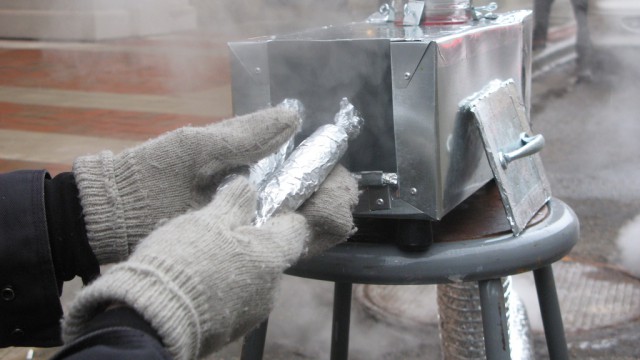 Our tents were made from modified United States Postal Service, Tyvek envelopes hacked from the post office and sewn together. You can take as many postal envelopes as you like from American post offices with few to no questions asked. Our sleeping bags were fashioned from cheap emergency blankets and freecycled cotton batting.

The back packs we made to carry everything in are made from construction netting which you can find almost anywhere a city is trying to re-invent itself. All you need is a knife and maybe someone else to keep watch. 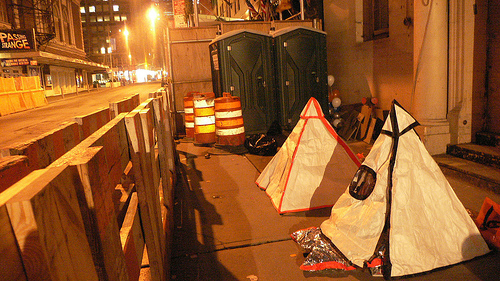 We have spent nights with these objects. We have tried to immerse ourselves in the infrastructures which shape our cities, ultimately to open a perspective on who controls them, how they are utilized and how they are purposed. What happens when you repurpose their excesses, when you hack them, when you take advantage of their blind spots for your own use and your own adventures?

Our objects are prototypes for bent infrastructures. They are by no means complete, but we hope to open up the possibility of transforming infrastructures into to raw materials for repurposing and public use.